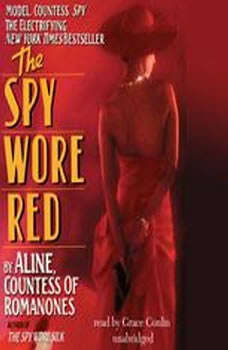 The Spy Wore Red: My Adventures as an Undercover Agent in World War II

1943: Beautiful young American model Aline Griffith is recruited as a spy, trained, and flown to Spain, with her mission to infiltrate the highest echelons of Spanish society and uncover secret links to the Nazis.

Under the code name Tiger, this remarkable woman probed the depths of the Nazi underground, risking her lifeand her lovein a glittering world of high intrigue far more exciting than any fictionalized thriller.

The Spy Wore Red is a harrowing firsthand account of the dangers and adventures she experienced as an undercover agent.