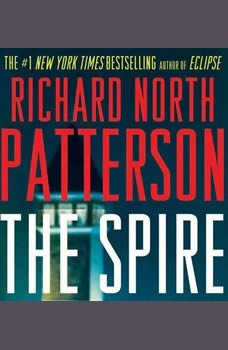 Both a razor-sharp thriller and a poignant love story, this twisting tale of psychological suspense is Patterson's most compelling novel in yearsMark Darrow grew up in a small Ohio town with no real advantages beyond his intelligence and athletic ability. But thanks to the intervention of Lionel Farr—a professor at Caldwell, the local college—Darrow became an excellent student and, later, a superb trial lawyer. Now Farr asks his still-youthful protege for a life-altering favor. An embezzlement scandal has threatened Caldwell's very existence—would Darrow consider becoming its new president?Darrow accepts, but returning to his alma mater opens old wounds. Sixteen years ago, on the night of his greatest triumph as Caldwell's star quarterback, he discovered the body of a black female student named Angela Hall at the base of the Spire, the bell tower that dominates the leafy campus. His best friend, Steve Tillman, was charged with Angela's murder and ultimately sent to prison for life. But now, even as Darrow begins the daunting task of leading Caldwell, he discovers that the case against his friend left crucial questions unanswered. Despite his new obligations—and his deepening attachment to Farr's beautiful though troubled daughter—Darrow begins his own inquiry into the murder. Soon he becomes convinced that Angela's killer is still at large, but only when another mysterious death occurs does he understand that his own life is at risk.