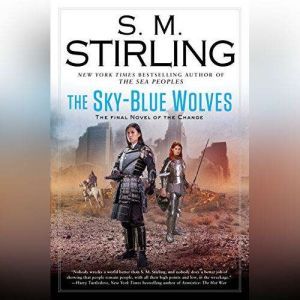 Series: Novel of the Change #15

The epic conclusion to the New York Times bestselling Change series set in a turbulent, post-apocalyptic world, in which humans have rebuilt society after the collapse of advanced technology. Two generations after the Change, Crown Princess Orlaith struggles to preserve the hard-won peace her father brought to Montival-the former western United States. But the Change opened many doors, and through them powers strong and strange and terrible walk once more among humankind. With her fire-forged friend and ally, Japanese Empress Reiko, Orlaith must take up her sword to stop the spread of the mad malignancy behind the Yellow Raja that has imprisoned her brother Prince John. And from the emerging superpower of Mongolia, the Sky-Blue Wolves of the High Steppe ride once more beneath the banners of Genghis Khan-the thunder of their hooves resounding across a world in turmoil.