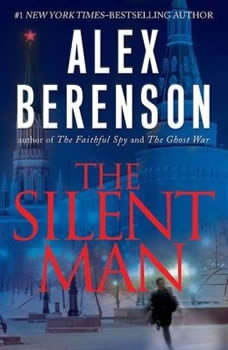 The #1 New York Times bestselling author of The Ghost War and The Faithful Spy returns with a novel of international intrigue and catastrophic terrorism that "keeps the reader caring, and guessing, until the end." (Booklist)

For CIA operative John Wells, the underworld has become more real than the real world. He's spent years in the close company of evil men. And he's paid the price in every possible way. Now, he's on the ragged edge of burnout. His nights are plagued by twisted dreams. He's beginning to doubt if he can ever live a normal life.

He is right to think so.

“Fugitive speeds along well over the posted limit.”—Portland Oregonian “Margolin knows how to pack in the thrills.” —Tess Gerritsen In Fugitive, New York Times bestseller Phillip Margolin brings back hi...

Alone . . . Massachusetts State Trooper Bobby Dodge watches a tense hostage standoff unfold through the scope of his sniper rifle. Just across the street, in wealthy Back Bay, Boston, an armed man has barricaded himself with his wife and child. The ...