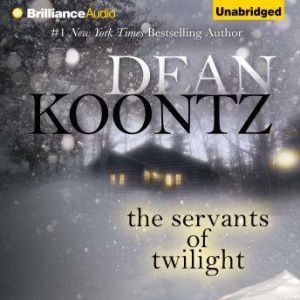 The Servants of Twilight

“A great storyteller.” – New York Daily NewsAn ordinary parking lot in southern California. Christine Scavello and her six-year-old son are accosted by a strange old woman.“I know who you are,” the woman snaps at the boy. “I know what you are.”A scream, a threat—and then a grotesque act of violence. Suddenly Christine’s pride and joy, her only son, is targeted by a group of religious fanatics. They’ve branded him the Antichrist. They want to kill him. And they are everywhere....“A master storyteller, sometimes humorous, sometimes shocking, but always riveting.” – The San Diego Union-Tribune“Koontz is brilliant.” – Chicago Sun-Times“One of the finest and most versatile suspense writers.” – The Macon Telegraph & News