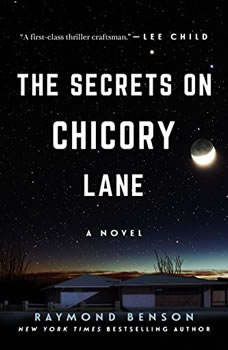 The Secrets on Chicory Lane

From the New York Times bestselling author comes a new novel of suspense about coming-of-age in the 1960s—and the neighborhood street where first love, a child abduction, and abuse collide.Sixty-one-year-old Shelby Truman, a romance novelist, has received a request to visit her childhood friend, Eddie, who is on Death Row. Though mentally ill, Eddie is scheduled to be executed for the disturbing, brutal murders of his wife and unborn child.As Shelby travels home to Texas for the unnerving reunion, she steps back into memories of her past, recalling her five-decade-long relationship with Eddie in order to understand what led the beautiful but troubled boy who lived across the street to become a murderer. Shelby and Eddie used to visit an abandoned fallout shelter in his backyard, their “secret hiding place” where they could escape Eddie’s abusive father, enjoy innocent playtime, and, later, adolescent explorations. As they grow increasingly close, a tragedy occurs one July fourth, an event that sets in motion a lifelong struggle against an Evil—with a capital “E”—that has corrupted their all-American neighborhood.With only a few days left for Eddie to live, Shelby braces herself for a reunion that promises to shed light on the traumatic events that transpired on her street, changing everything Shelby thought she knew about the boy on Chicory Lane.