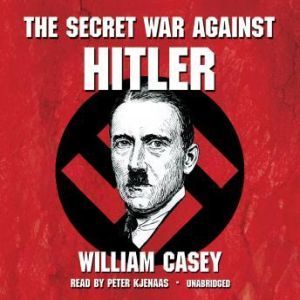 The Secret War Against Hitler

William Casey, former director of the CIA, gives an autobiographical account of his WWII service with the OSS (Office of Strategic Services, which later evolved into the CIA) and the role such early intelligence organizations played in the defeat of Hitler. Casey recounts how the Allies gathered intelligence, thwarted Germany's atomic bomb development, and convinced German intelligence that the Normandy DDay landings were to be a diversionary move while the main landing was to take place in Calais.

Casey wrote this book because, as he says, "I believe that it is important today to understand how clandestine intelligence, covert action, and organized resistance saved blood and treasure in defeating Hitler. These capabilities may be more important than missiles and satellites in meeting crises yet to come."