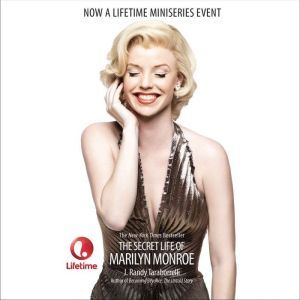 The Secret Life of Marilyn Monroe

When Marilyn Monroe became famous in the 1950s, the world was told that her mother, Gladys Baker, was either dead or simply not a part of her life -- depending on the publicity campaign of the moment. However, that was not true. In fact, her mentally ill mother was very much present in Marilyn's world. The complex family dynamic that unfolded behind the scenes as Miss Monroe blazed a path to iconic glory is a story that has never before been told...until now.In this groundbreaking book, Taraborrelli draws complex and sympathetic portraits of the powerful women so influential in the actress' life: Her mother, Gladys Baker, who gave up her daughter, Norma Jeane (Marilyn) after having two others kidnapped from her. Her foster mother, Ida Bolender, who raised Norma Jeane for seven years -- a woman whose brash but powerful approach to parenting has been completely misunderstood. The legal guardian, Grace Goddard, who helped create "Marilyn Monroe." He also tells for the first time the potent story of Marilyn's closely guarded friendship with Pat Kennedy Lawford, sister of President John Kennedy; he sheds new light on Marilyn's so-called affair with JFK; and he reveals shocking information about Marilyn's relationship with Robert Kennedy. An epic journey told by a master storyteller, this is the final word on the life of one of the most fascinating and elusive icons of the 20th Century.