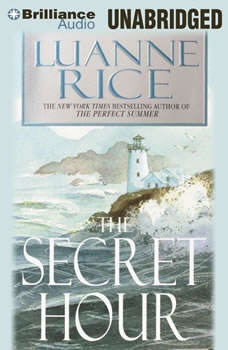 Beneath his controlled demeanor, attorney John O’Rourke is a man in turmoil. Since the death of his wife, he has been juggling the rigors of a controversial capital murder case and the demands of raising two children. As eleven-year-old Maggie and fourteen-year-old Teddy long for the past, they must also contend with the hostility that swirls around them since their father took on the defense of a despised killer — including a brick through their window one autumn morning. But a quieter event also takes place that day. A woman arrives on the O’Rourke doorstep to find a household in chaos but brimming with love — and, she hopes, answers. Six months ago Kate Harris’s younger sister fled from home following a devastating confrontation. After mailing a single postcard from the New England shore, Willa Harris vanished. With only a postmark to go on, Kate comes to the seaside — and discovers the one man who may be able to help her....

It's five days before Christmas and things are not looking merry for Fugitive Apprehension Agent Stephanie Plum. She hasn't got a tree. She hasn't bought any presents. The malls are jam-packed with staggering shoppers. There's not a twinkle light an...

This is a story that is very good. It keeps you going thru to the end without knowing what is going to happen. Great book