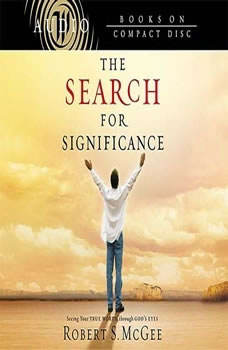 The Search for Significance: Seeing Your True Worth Through God's Eyes

Discover what two million readers have already discovered: that true significance is found only in Christ.

Robert McGee's best-selling book has helped millions of readers learn how to be free to enjoy Christ's love while no longer basing their self-worth on their accomplishments or the opinions of others. In fact, Billy Graham said that it was a book that "should be read by every Christian."

In this re-launch of this timeless classic you will:

Gain new skills for getting off the performance treadmillDiscover how four false beliefs have negatively impacted your lifeLearn how to overcome obstacles that prevent you from experiencing the truth that your self-worth is found only in the love, acceptance, and forgiveness of Christ

Other products in the Search for Significance family of products include a devotional journal and youth edition.