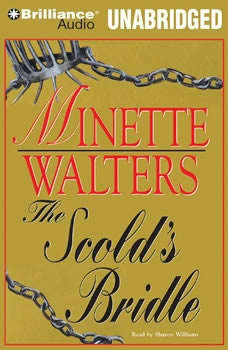 Mathilda Gillespie's body was found nearly two days after she had taken an overdose and slashed her wrists with a utility knife. But what shocked Dr. Sarah Blakeney the most was the rusted metal cage obscuring the dead woman's face—a medieval instrument of torture called a scold's bridle grotesquely adorned with a garland of nettles and Michaelmas daises. What happened at Cedar House in the tortured hours before Mathilda's death?Detective Sergeant Cooper, an elderly policeman nearing retirement, is under pressure from his superiors to bring in a verdict of suicide. And even Mathilda's daughter and granddaughter insist that illness drove her to commit the desperate, final act. Only Sarah and her husband, Jack, refuse to believe that the Mathilda they knew would have taken her own life. Then comes the reading of Mathilda's Last Will and Testament, which shocks her family into a stunned and bitter silence. For Dr. Sarah Blakeney has inherited everything.