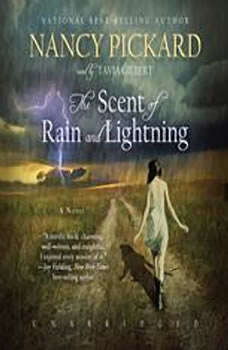 The Scent of Rain and Lightning

Written with the wisdom and grace devoted readers have come to expect from the awardwinning author of The Virgin of Small Plains, here is a brilliantly moving tale of family, murder, and redemptive love.

One beautiful summer afternoon, Jody Linder, a young English teacher, is unnerved to see her three uncles parking their pickups in front of her parents houseor what she calls her parents house, even though they have been gone almost all of Jodys life. The polished boots, pressed jeans, fresh white shirts, and Stetsonsher uncles visiting clothesare a disturbing sign. The three bring shocking news: the man convicted of murdering Jodys father is being released from prison and returning to the small town of Rose, Kansas. It has been twentysix years since that stormy night when Jodys father was shot and killed and her mother disappeared, presumed dead. Neither the protective embrace of Jodys uncles nor the safe haven of her grandparents ranch could erase the pain caused by Billy Crosby that night. Now Billy has been granted a new trial, thanks in large part to the efforts of his son, Collin, a lawyer who has spent most of his life trying to prove his fathers innocence.

Jody knows that sooner or later shell come facetoface with the man who she believes destroyed her family, but what she doesnt expect are the heated exchanges with Collin. Having grown up practically side by side in this very small town, Jody and Collin have a long history of carefully avoiding each others eyes. Now Jody discovers that underneath their antagonism is a shared sense of loss that no one else could possibly understand. As she revisits old wounds, startling revelations compel her to uncover the dangerous truth about her familys tragic past. Engrossing, lyrical, and suspenseful, The Scent of Rain and Lightning captures the essence of smalltown Americaits heartfelt intimacy and its darkest secretswhere through struggle and hardship people still dare to hope for a better future. For Jody Linder, maybe even love.