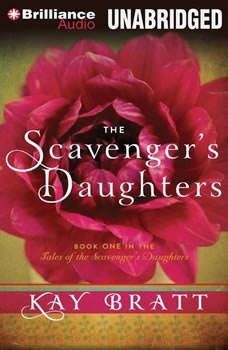 Series: Tales of the Scavenger's Daughters #1

“If we could see the miracle of a single flower clearly, our whole lives would change.” — Buddha. Coming of age during China’s Cultural Revolution, Benfu survived the cruel years, but he did not emerge unscathed. The Scavenger’s Daughters is the story of Benfu and his beloved wife Calli, chronicling their attempts to build a life in the turmoil and aftermath of Maoist China. At the heart of their struggle lies the pain of losing their only child. To fill the terrible hole in their lives, they take in abandoned girls — the unwanted “weeds” — as their own, lovingly caring for them as flowers in a garden. Linnea, the oldest of the scavenger’s daughters, embarks on a struggle of her own, as she falls in love with the son of a wealthy family. Inspired by a true story, this poetic tale of modern-day China chronicles Benfu and Calli as they turn their path of hardship into a beautiful field of flowers.

Tales of the Scavenger's Daughters Bundle