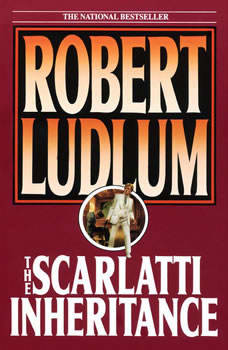 Her weapons: money and power. Her target: the most dangerous man in the world—her own son. Elizabeth Wyckham Scarlatti has a plan, a desperate, last-minute gamble designed to save the world from her son, Ulster, an incalculably cruel man who is working for the Third Reich under the name of Heinrich Kroeger. If Elizabeth cannot stop him, Ulster will give Hitler the most powerful instrument on earth.

Praise for Robert Ludlum and The Scarlatti Inheritance

“[Robert Ludlum] has that sense of drama and pace that only the best storytellers have.”—San Francisco Chronicle

“Great, astonishing, the most spellbinding suspense in years!”—Minneapolis Star Tribune

“Drive and excitement from first page to last.”—Mario Puzo, author of The Godfather