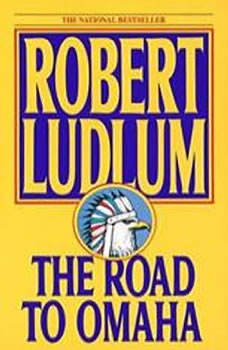 The Road to Omaha

Robert Ludlum’s wayward hero, the outrageous General MacKenzie Hawkins, returns with a diabolical scheme to right a very old wrong—and wreak vengeance on the [redacted] who drummed him out of the military. Discovering a long-buried 1878 treaty with an obscure Indian tribe, the Hawk, a.k.a. Chief Thunder Head, hatches a brilliant plot that will ultimately bring him and his reluctant legal eagle, Sam Devereaux, before the Supreme Court. Their goal is to reclaim a choice piece of American real estate: the state of Nebraska, which just so happens to be the headquarters of the U.S. Strategic Air Command. Their outraged opposition will be no less than the CIA, the Pentagon, and the White House. And only one thing is certain: Ludlum will keep us in nonstop suspense—and side-splitting laughter—through the very last page.

Praise for Robert Ludlum and The Road to Omaha

“A very funny book . . . No character is minor: They’re all hilarious.”—Houston Chronicle

“Don’t ever begin a Ludlum novel if you have to go to work the next day.”—Chicago Sun-Times

The Osterman Weekend
by Robert Ludlum

In Zurich . . . in Moscow . . . in Washington, D.C. . . . the machinery has already been set in motion. In a quiet suburb, an odd assortment of men and women gather for a momentous weekend. At stake is nothing less than the very existence of the Uni...