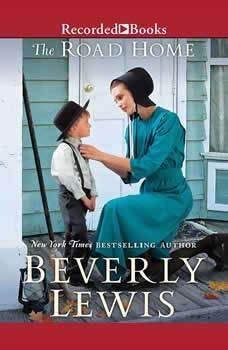 Sent from Michigan to Pennsylvania, Lena Rose Schwartz grieves the death of her Amish parents and the separation from her siblings. But life in Lancaster County won't be forever. Once her beau proposes, she will return to her family. However, she soon discovers that Lancaster holds charms of its own. Is she willing to open her heart to new possibilities? Lena Rose Schwartz hadn't planned to leave her Old Order community in Centerville, Michigan. But then, she could not have foreseen the accident that made her and her siblings orphans. After her parents' funeral, her younger brothers and sisters are farmed out to various nearby relatives. But when the deacon in charge of the arrangements tells her there aren't places enough for everyone, she agrees to go live with her father's second cousin and his family in Lancaster County, Pennsylvania. Beside the fact that Lena has never been more than a few miles from home, she's never met the family she will now be living with. But worse than that is the thought of being separated from her siblings. How will they manage without her to care for them--especially eight-year-old Chris? And what about Hannes Lehman, the beau she was sure would soon be asking her to marry him? It was true that he was not the man her father would have preferred for her. Maybe that was what the deacon was hinting at when he said "a fresh start might do you good." It won't be forever, she consoles herself. I'll come back as soon as I can to take care of my family--and to make a home with Hannes. But doing so may prove far more complicated then she ever imagined. Narrators: Christina Moore, Rachel Botchan