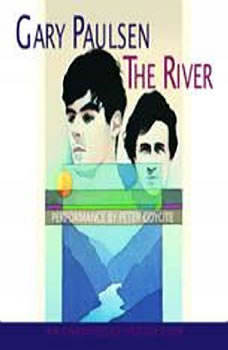 The government sends Brian back to the Canadian wilderness in this beloved follow-up to the award-winning classic Hatchet from three-time Newbery Honor-winning author Gary Paulsen!

Two years after Brian Robeson survived fifty-four days alone in the Canadian wilderness, the government wants him to head back so they can learn what he did to stay alive. This time Derek Holtzer, a government psychologist, will accompany him. But a freak storm leaves Derek unconscious. Brian's only hope is to transport Derek a hundred miles down the river to a trading post. He's survived with only a hatchet before--now can Brian build a raft and navigate an unknown river?

For the first time it's not only Brian's survival that's at stake. . .


“Vividly written, a book that will, as intended, please the readers who hoped that Paulsen, like Brian, would ‘do it again.’” —Kirkus Reviews

The River
A Hatchet Adventure