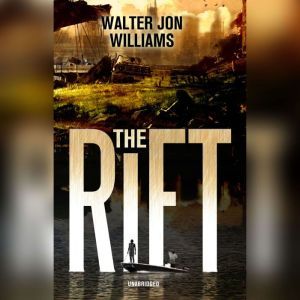 Fast-paced and terrifyingly real, The Rift is a blockbuster novel of destruction, heroism, and survival that is sure to grab fans of recent disaster movies. It starts with the dogs. They won't stop barking. And then the earth shrugs-8.9 on the Richter scale. It's the world's biggest earthquake since Lisbon in 1755, and it doesn't hit California or Japan or Mexico, but New Madrid, Missouri, a sleepy town on the Mississippi River. Seismologists had predicted the scope of the disaster-but no one listened. For hundreds of miles around, dams burst, engulfing entire counties in tidal waves of mud and debris. Cities collapse into piles of brick and shards of glass. Hospitals and schools crumble. Bridges twist and snap, spilling rush-hour traffic into rivers already swollen with bodies. Within minutes, there is nothing but chaos and ruin from St. Louis to Vicksburg, from Kansas City to Louisville. Every bridge down, every highway torn, every house gone. America's heartland has fallen into the nightmare known as the Rift, a fault line in the earth that wrenchingly exposes the fractures in American society itself. As a strange white mist smelling of sulfur rises from the crevassed ground, the real terror begins for the survivors, who will soon envy the dead, including: Jason Adams, a teenager separated from his mother; Nick Ruford, an African-American engineer searching for his estranged daughter; Noble Frankland, the television preacher whose visions of hell have become all too real; Larry Hallock, a technician working frantically to prevent a nuclear meltdown at his power station; And Omar Paxton, a sheriff and Ku Klux Klansman who seeks racial vengeance in the turmoil of disaster.Walter J. Williams has created a modern American disaster saga, a story based on terrifying fact, filled with non-stop action, peopled with characters who are heartbreakingly real. Witnessing authentic heroes surfacing in the unlikeliest places, you will share their horror, feel their despair, and triumph with them in their struggle to survive. One thing you will know for sure: It can happen here. And sooner or later, it will.