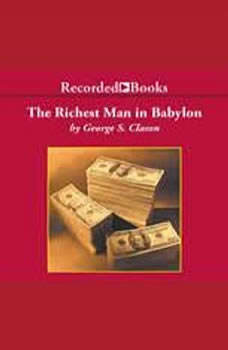 The Richest Man in Babylon: The Success Secrets of the Ancients

People around the world have followed George S. Clason’s advice and studied the “Babylonian parables.” According to Clason, the ancients had the secrets to success, and all we have to do is listen to reap the reward of their lessons. Successful business and financial leaders now employ many of the secrets revealed in this book, and now so can you by listening to this fascinating new audiobook edition of The Richest Man in Babylon. The information found here is vital—try it and see for yourself.