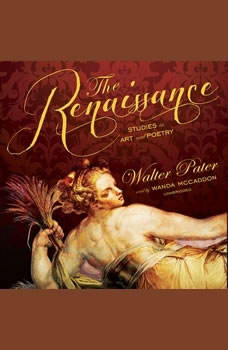 The Renaissance: Studies in Art and Poetry

Published to great acclaim in 1873, Walter Paters compendium of idiosyncratic, impressionistic essays on the Renaissance gained him a reputation as a daring modern philosopher. Oscar Wilde called it the holy writ of beauty. It was Paters cry of art for arts sake that became the manifesto for the aesthetic movement. He believed that art should be sensual and that beauty should rank as the highest ideal. Marked by elegant fluency, Paters essays discuss Botticelli, Michelangelo, Leonardo da Vinci, and other artists who, for him, embodied the spirit of the Renaissance. Paters work survives to this day as one of the best pieces of cultural criticism to emerge from the nineteenth century. This collection is criticism as beautiful as the art it considers.