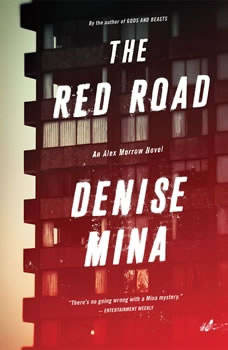 Alex Morrow faces her toughest opponents yet in this brilliant new thriller about criminals, consequences, and convictions. Police detective Alex Morrow has met plenty of unsavory characters in her line of work, but arms dealer Michael Brown ranks among the most brutal and damaged of the criminals she's known. Morrow is serving as a witness in Brown's trial, where the case hinges on his fingerprints found on the guns he sells.When the investigation leads to a privileged Scottish lawyer who's expecting to be assassinated after a money laundering scheme goes bad, and a woman who's spying on the people who put her in jail, Morrow has her hands full. And that's before she even gets to her family issues.THE RED ROAD is a thrilling new novel from a masterful writer, proving once again that "If you don't love Denise Mina, you don't love crime fiction." (Val McDermid)