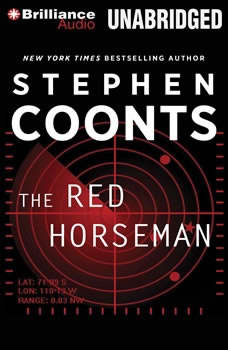 When the Soviet Union collapses, thousands of nuclear warheads go unaccounted for, and it’ll take someone of Jake Grafton’s talents to make sure they don’t end up in the wrong handsPromoted to deputy director of a new U.S. intelligence agency, the stakes of Jake Grafton’s commission are higher than ever before. With the USSR on the brink of dissolution, a vast nuclear arsenal is suddenly ripe for the taking by mercenaries, rogue nations, and insane Russian nationalists. Grafton must stop them, and he may have to do it alone:Not everyone supposedly on his side wants him to succeed.The Red Horseman is a startling vision of the apocalyptic danger that emerged at the end of the Cold War, a threat that still exists wherever nuclear weapons remain poorly secured.