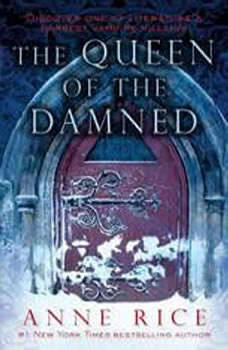 The Queen of the Damned

Praise for The Queen of the Damned

“With The Queen of the Damned, Anne Rice has created universes within universes, traveling back in time as far as ancient, pre-pyramidic Egypt and journeying from the frozen mountain peaks of Nepal to the crowded, sweating streets of southern Florida.”—Los Angeles Times

“Imaginative . . . intelligently written . . . This is popular fiction of the highest order.”—USA Today