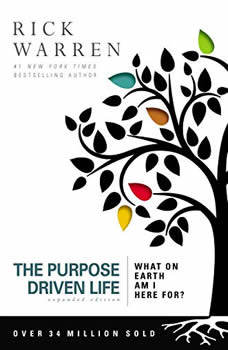 The Purpose Driven Life: What on Earth Am I Here For?

Licensed in over eighty-five languages, The Purpose Driven Life is far more than just a book; it is a guide to a spiritual journey. Once you take this journey, you’ll never be the same again.

On your journey you’ll find the answers to three of life’s most important questions:

Living out the purpose you were created for moves you beyond mere survival and success to a life of significance—the life you were meant to live.

Five benefits of knowing your purpose:

This new, expanded edition has been created for a new generation of readers.