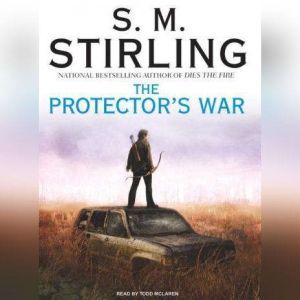 Rising from the ashes of the computer and industrial ages is a brave new world. Survivors have banded together in tribal communities, committed to rebuilding society. In Oregon's Willamette Valley, former pilot Michael Havel's Bearkillers are warriors of renown. Their closest ally, the mystical Clan MacKenzie, is led by Wiccan folksinger Juniper MacKenzie. Their leadership has saved countless lives. But not every leader has altruistic aspirations. Norman Arminger, medieval scholar, rules the Protectorate. He has enslaved civilians, built an army, and spread his forces from Portland through most of western Washington State. Now he wants the Willamette Valley farmland, and he's willing to wage war to conquer it. Unknown to both factions is the imminent arrival of a ship from Tasmania bearing British soldiers…

I'm not done listening to this audiobook, but I have to leave this comment somewhere. This narrator needs to learn how to pronounce the names of towns in Oregon. As a native Oregonian, one of the reasons I enjoyed this series is because it's set in an area that I've been familiar with my whole life. In the first audiobook, there was only one frequently mispronounced word - Corvallis (he says the "a" with a rounded "aw" sound instead of an open "ah" sound) - but it was subtle enough that I just decided to deal with it and move on. In this second book, however, we're hearing more and more about smaller communities in the Willamette Valley, and he's butchered at least three more names that I can think of off the top of my head: McMinnville (he adds an extra syllable, making it "McMinniville"), Gervais (it's pronounced as two syllables, ger-vis, nor three, ger-vai-us), and Umatilla (he pronounces it a Spanish way, with the double l's making a y sound). If you're going to narrate an audiobook that's set in a real place with real names, LEARN TO PRONOUNCE THE DANG NAMES THE LOCAL WAY. 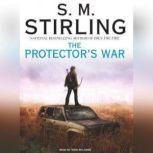