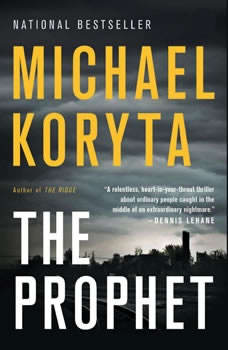 Adam Austin hasn't spoken to his brother in years. When they were teenagers, their sister was abducted and murdered, and their devastated family never recovered. Now Adam keeps to himself, scraping by as a bail bondsman, working so close to the town's criminal fringes that he sometimes seems a part of them. Kent Austin is the beloved coach of the local high school football team, a religious man and hero in the community. After years of near misses, Kent's team has a shot at the state championship, a welcome point of pride in a town that has had its share of hardships. Just before playoffs begin, the town and the team are thrown into shock when horrifically, impossibly, another teenage girl is found murdered. As details emerge that connect the crime to the Austin brothers, the two must confront their buried rage and grief-and unite to stop a killer. Michael Koryta, widely hailed as one of the most exciting young thriller authors at work today, has written his greatest novel ever-an emotionally harrowing, unstoppably suspenseful novel that Donald Ray Pollock has called "one of the sharpest and superbly plotted crime novels I've read in my life."