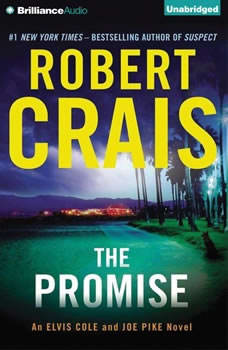 In this #1 New York Times bestselling suspense masterpiece, Elvis Cole and Joe Pike team up with new heroes Scott James and his K-9 partner, Maggie.Elvis Cole and Joe Pike keep their promises. Even if it could get them killed.Elvis Cole is hired to find a woman who's disappeared, a seemingly ordinary case, until Elvis learns the missing woman is an explosives expert and worked for a defense department contractor. Meanwhile, LAPD K-9 Officer Scott James and his patrol dog, Maggie, track a fugitive to a house filled with explosives—and a dead body. As the two cases intertwine, they all find themselves up against shadowy arms dealers and corrupt officials, and the very woman they promised to save may be the cause of their own deaths.

Acclaimed bestselling author Jeffery Deaver takes listeners on a brand-new adventure: a race to find and stop a professional criminal whose gruesome specialty lies in extracting information from his innocent victims by any means necessary. Washin...