The Pride of Jared MacKade

New York Times bestselling author Nora Roberts returns with the classic tales of the MacKade brothers—their rebellions, their passions and their lovesJared MacKade believes in taking a stand, and he never turns his back on a fight. So when his work as an attorney brings him up against Savannah Morningstar, her rude behavior and strong defenses aren't nearly enough to scare him off—quite the opposite. Thoughts of the outrageously direct and sinfully sexy woman keep Jared coming back for more. And the more he gets to know her, the more determined he is to stand by her always. 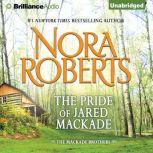 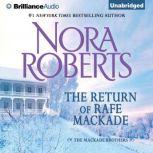 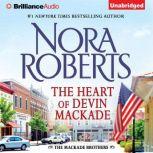 The Pride of Jared MacKade
The MacKade Brothers #2

The Return of Rafe MacKade
The MacKade Brothers #1

The Heart of Devin MacKade
The MacKade Brothers #3