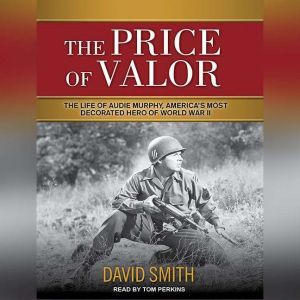 The Price of Valor: The Life of Audie Murphy, America's Most Decorated Hero of World War II

When he was seventeen years old, Audie Murphy falsified his birth records so that he could enlist in the Army and help defeat the Nazis. When he was nineteen, he single-handedly turned back the German Army at the Battle of Colmar Pocket by climbing on top of a tank with a machine gun, a moment immortalized in the classic film To Hell and Back, starring Audie himself. In the first biography covering his entire life—including his severe PTSD and his tragic death at age forty-five—the unusual story of Audie Murphy, the most decorated hero of World War II, is brought to life for a new generation.