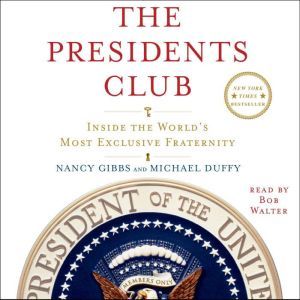 The Presidents Club: Inside the World's Most Exclusive Fraternity

The bestselling authors of The Preacher and the Presidents return with a riveting new history of the private relationships among the last thirteen presidents, uncovering and exploring the partnerships, private deals, rescue missions, and rivalries of those few men who served as commander in chief.The Presidents Club was born at Eisenhower’s inauguration when Harry Truman and Herbert Hoover first conceived the idea. Over the years that followed—and to this day—the presidents relied on, misunderstood, sabotaged, and formed alliances with one another that changed history. The world’s most exclusive fraternity is a complicated place: its members are bound forever because they sat in the Oval Office and know its secrets, yet they are immortal rivals for history’s favor.  Some presidents needed their predecessors to keep their secrets; others needed them to disappear. Most just needed help getting the job done. Truman enlisted Hoover to help him save Europe; Kennedy turned to Ike on Cuba; Nixon sought Johnson’s advice on getting reelected, but then tried to blackmail him; Ford and Carter couldn’t stand each other until they saw what they had in common; Reagan and Clinton relied on Nixon as an off-the-books emissary to Russia; Bush put Clinton and his father to work and they became like father and son; and Obama and Clinton became quiet rivals for the same crown.  Journalists and presidential historians Nancy Gibbs and Michael Duffy unravel the secret compacts, the shared scars, and the private cease-fires from Hoover to Obama. The Presidents Club will change the way we think about the presidency, for the club itself is an instrument of presidential power.