The first novel of the Asteroid Wars about earth's near future from the "leading light of hard Science Fiction and space advocacy"* Once, Dan Randolph was one of the richest men on Earth. Now the planet is spiralling into environmental disaster, with floods and earthquakes destroying the lives of millions. Martin Humphries, fabulously wealthy heir of the Humphries Trust, also knows that space-based industry is the way of the future. But unlike Randolph he does not care if Earth perishes in the process. As Randolph—accompanied by two brilliant women astronauts—flies out to the Asteroid Belt aboard a fusion-propelled spacecraft, Humphries makes his move. The future of mankind lies in Randolph's hands.*Booklist 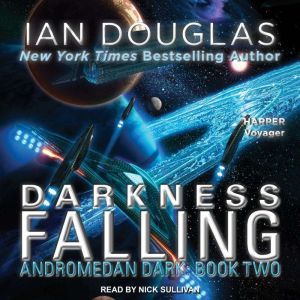 If you don't mind listening to 10 disks of narration only to find that you are no more than half way through the story, you might enjoy this one. This book practically has a 'to be continued' sign at the end of the last disk. The hero is dead and nothing is resolved. It probably deserves only two stars, but I have to admit that I did get caught up in it enough to want to find out what happens in the end - and I still want to find out what will happen in the end. Since BookFree will probably send you several other books before they send you Volume II and several more before Volume III (or, even worse, they may send them out of order which would ruin it) I would urge you to stay away from this trilogy. Another oddity: there are 3 narrators, but they're not ***igned certain voices, they just take turns at reading the chapters, so the same character is heard with three very different versions of a Texas accent. 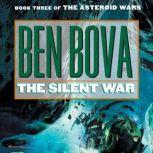 The Silent War
The Grand Tour