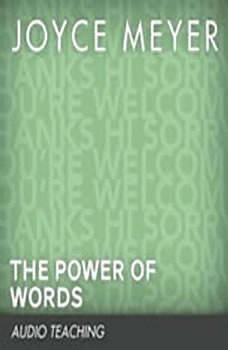 The Power of Words: What You Say Can Make All the Difference

Words are powerful tools that can create or destroy. They can inspire you or wound you. What you say will affect you either in a positive or negative way.Once you start to use the right words, your life can radically transform into something beautiful.