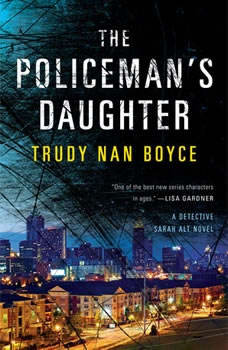 From author Trudy Nan Boyce, whose police procedural debut was hailed as "authentic" (NYTBR) and "exceptional" (Milwaukee Journal-Sentinel), returns with a stunning prequel to the Detective Salt series, the story behind the case that earned Salt her promotion to homicide.

At the beginning of her career, Sarah "Salt" Alt was a beat cop in Atlanta's poorest, most violent housing project, The Homes. It is here that she meets the cast of misfits and criminals that will have a profound impact on her later cases: Man Man, the leader of the local gang on his way to better places; street dealer Lil D and his family; and Sister Connelly, old and observant, the matriarch of the neighborhood. A lone patrolwoman, Salt's closest lifeline is her friend and colleague Pepper, on his own beat nearby. And when a murder in The Homes brings detectives to the scene, Salt draws closer to Detective Wills, initiating a romance complicated by their positions on the force.

When Salt is shot and sustains a head injury during a routine traffic stop, the resulting visions begin leading her toward answers in the case that makes her career. This is the tale of a woman who solves crimes through a combination of keen observation, grunt work, and pure gut instinct; this is the making of Detective Salt.

Out of the Blues
A Detective Sarah Alt Novel #1