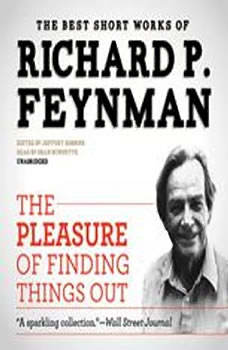 The Pleasure of Finding Things Out: The Best Short Works of Richard P. Feynman

The Pleasure of Finding Things Outis a magnificent treasury of the best short works of Richard P. Feynman, from interviews and speeches to lectures and printed articles. A sweeping, wide-ranging collection, it presents an intimate and fascinating view of a life in sciencea life like no other. From his ruminations on science in our culture to his Nobel Prize acceptance speech, this book will delight anyone interested in the world of ideas. From the irregular trivia of ordinary life mixed with a bit of scientific doodling and failure to the intense dramatic concentration as one closes in on the truth and the final elation (plus, with gradually decreasing frequency, the sudden sharp pangs of doubt)that is how science is done.Richard P. Feynman to James D. Watson