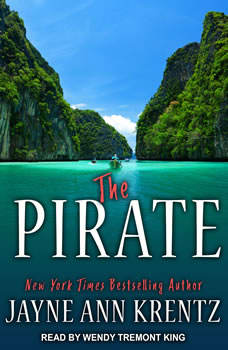 Historical romance novelist Kate Inskip needs a break. Divorced, overworked, and completely stressed out, her writing buddies decide to surprise her with exactly what she needs—a vacation on a remote island that boasts a rich history and a crumbling castle built by an 18th century pirate. It's the kind of story Kate can't possibly pass up and it will allow her to turn her thoughts from the reality of today to the romance of the past. But things don't go according to plan. A long flight, lost luggage, and a missed connection leave Kate wishing she'd stayed home. A knife-wielding mugger is the last straw. Too late to help, but just in time to enjoy the show, Jared Hawthorne catches a harried woman in the act of kicking the local thief into submission. As far as Jared is concerned, Kate is the most interesting tourist to arrive on Amethyst Island in a very long time. Kate, however, has already concluded that a month-long vacation on the island is about thirty days too long. Still, Jared Hawthorne is starting to look very familiar . . .

A decade of working for the high-powered Gilchrist family empire has made sassy Katy Wade determined to open her own business. But there's one last problem she must solve before she can leave. The Gilchrists need an heir apparent to save their myste...

For two months, Jamie Garland had fallen in love... with a lie. Cade Santerre was every woman's fantasy - until the mask came off in a scandal that left Jamie shattered. Cade had pretended to be someone he wasn't. Worse, he'd used her in his elabora...