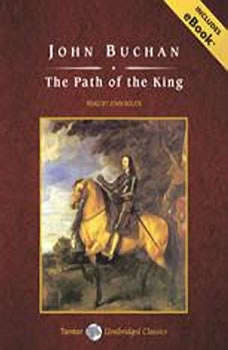 The Path of the King

The Path of the King offers a tapestry of historical episodes, from the Vikings through centuries of Norman and French, Flemish, English, Scottish, and American social, economic, and political life. Famous events such as the massacre of St. Bartholomew's Eve, the adventures of Daniel Boone, and much else provide the background for the men and women who successively have the blood of kingliness in them, however diluted. The subtly linked individual stories are used to suggest that kingliness may be dormant or fitful over several generations but will eventually reappear in someone, like Abraham Lincoln. All the leading characters are presented as descended from a young Viking prince whose death among the Franks as a defeated Northman is implied in the first episode. That princeling's golden torque is the symbol of his royal status, but it is remodeled as a ring, ultimately resurfacing in America only to be lost by young Abe Lincoln when he uses it to catch a fish in a "crick." But its loss is of no account, for when kingliness in fact reappears in Lincoln the man, there is no need for it.