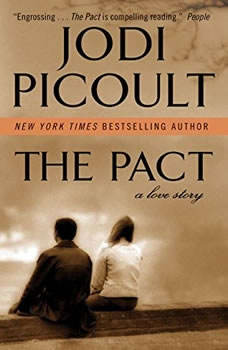 This breakout, award-winning novel from New York Times best-selling author Jodi Picoult received glowing praise from critics. Kirkus Reviews called it an affecting study of obsession, loss, and some of the more wrenching varieties of guilt, while People praised it as engrossing. The Hartes and the Golds have been neighbors for 18 years and are very close. So when Chris and Emilys friendship reaches the next level, nobody is surprised. Then one night, the hospital calls. Seventeen-year-old Emily is dead shot in the head by a gun Chris took from his fathers cabinet. One bullet remains in the chamber, and Chris tells of his suicide pact with Emily. But the police have questions, and soon Chris is on trial for murder.

I really liked this book. The two characters in the story come alive through her writing. I don't want to spoil the end for anyone but it is unexpected and pretty unrealistic but makes for a good ending. i really enjoyed this fast paced story. If you are a sap for love stories, this is your book!