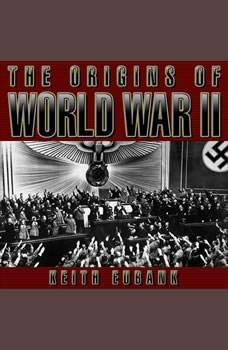 More than 60 years have passed since the outbreak of the most catastrophic conflict the world has known: 30 million people dead and unbelievable devastation. In the 3rd edition of this popular volume, Keith Eubank seeks answers to the questions that have plagued us: Why, after the ghastly ordeal of World War I did Western powers undervalue the threat from Hitler? Why was there so much reluctance on the part of Britain and France to confront Germany? Why had Germany been permitted to rearm and to occupy independent nations without a struggle? What was the policy of appeasement? Why did the appeasers fail to perceive Hitler's intentions? In addition to a re-examination of these questions and an effort to dispel the enduring myths surrounding the history of this era, Keith Eubank has enhanced this new edition by including an analysis of the motivations and actions of central figures such as Neville Chamberlain and Joseph Stalin as well as a re-assessment of Soviet policies in the light of recent research that reveals their leaders as far less altruistic than some have imagined. With an expanded conclusion, a new photo section, and an updated bibliographic essay, this book remains an excellent brief overview of the period between 1918 and 1939.

Avenue of Spies
by Alex Kershaw

The Moors in Spain
by Stanley Lane-Poole