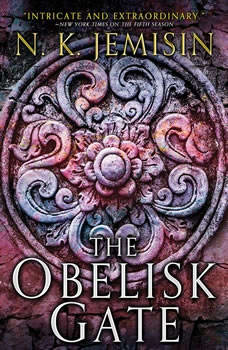 Winner of the 2017 Hugo Award for Best Novel"Magnificent" - NPR The acclaimed sequel to the bestselling The Fifth Season, winner of the 2016 Hugo Award for Best Novel, and a New York Times Notable Book of 2015.THIS IS THE WAY THE WORLD ENDS, FOR THE LAST TIME.The season of endings grows darker, as civilization fades into the long cold night. Essun -- once Damaya, once Syenite, now avenger -- has found shelter, but not her daughter. Instead there is Alabaster Tenring, destroyer of the world, with a request. But if Essun does what he asks, it would seal the fate of the Stillness forever. Far away, her daughter Nassun is growing in power - and her choices will break the world.For more from N. K. Jemisin, check out:The Inheritance Trilogy The Hundred Thousand KingdomsThe Broken KingdomsThe Kingdom of GodsThe Inheritance Trilogy (omnibus edition) Shades in Shadow: An Inheritance Triptych (e-only short fiction) The Awakened Kingdom (e-only novella) Dreamblood DuologyThe Killing MoonThe Shadowed SunThe Broken Earth The Fifth SeasonThe Obelisk GateThe Stone Sky

The Stone Sky
The Broken Earth #3