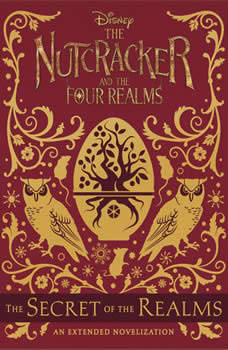 The Nutcracker and the Four Realms: The Secret of the Realms: An Extended Novelization

When Clara Stahlbaum receives a beautiful yet mysterious egg-shaped box from her late mother, she wonders what it means. Searching for answers, Clara soon finds herself in a magical world-the Four Realms-where she meets a host of colorful and curious new friends and discovers the fascinating link between the Realms and her dear mother. But when she learns that the Realms are in danger of being destroyed, Clara vows to help. Years earlier, Clara's mother, Marie, is a lonely orphan adopted by an eccentric inventor. She stumbles upon an unbelievable place and decides to apply her mechanical skills in magical ways. But as time passes, Marie finds she must make a choice between the real world and this magical world of her dreams. Follow the incredible adventures of an inventor on a journey through a wondrous world and her daughter determined to protect it.