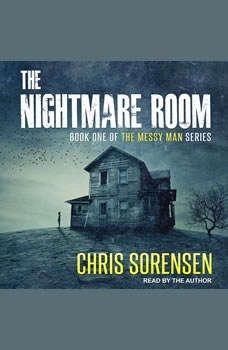 New York audiobook narrator Peter Larson and his wife Hannah head to his hometown of Maple City to help Peter's ailing father and to put a recent tragedy behind them. Though the small, Midwestern town seems the idyllic place to start afresh, Peter and Hannah will soon learn that evil currents flow beneath its surface. They move into an old farmhouse on the outskirts of town—a house purchased by Peter's father at auction and kept secret until now—and start to settle into their new life. But as Peter sets up his recording studio in a small basement room, disturbing things begin to occur—mysterious voices haunt audio tracks, malevolent shadows creep about the house. And when an insidious presence emerges from the woodwork, Peter must face old demons in order to save his family and himself.