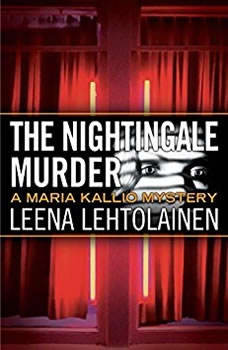 Award-winning author Leena Lehtolainen’s heart-stopping series continues as investigator Maria Kallio’s hunt for a killer gets dark, dangerous, and dirty…A grievously mutilated young woman arrives at the hospital in Espoo, Finland—only to vanish without a trace. Though the victim refused to identify herself, Violent Crimes Unit Commander Maria Kallio suspects she’s connected to the city’s sex-worker underworld. The next day her suspicions grow when celebrity call girl Lulu Nightingale is murdered during a live television broadcast.The victim’s clients included some of the top names in Finnish society, but the list of suspects is even longer: her infatuated bodyguard, a suicidal TV producer, and a talk-show host with political aspirations. But how is Lulu’s murder connected to the tortured woman’s disappearance?As the body count keeps rising, Maria plunges into the dark demimonde of the sex trade. And this time, searching for answers may shatter all that she has.

Below the Surface
The Maria Kallio Series #8