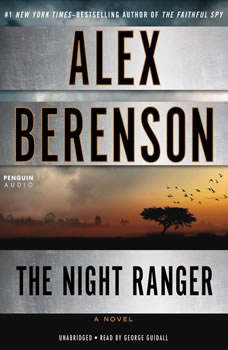 John Wells enters new territory, as he goes underground in East Africa to track four kidnapped Americans and the Somali bandits who snatched them, in the tough, thoughtful, the electrifying novel from the #1 New York Times–bestselling author.

Four friends, recent college graduates, travel to Kenya to work at a giant refugee camp for Somalis. Two men, two women, each with their own reasons for being there. But after twelve weeks, they’re ready for a break and pile into a Land Cruiser for an adventure.

They get more than they bargained for. Bandits hijack them. They wake up in a hut, hooded, bound, no food or water. Hostages. As a personal favor, John Wells is asked to try to find them, but he does so reluctantly. East Africa isn’t his usual playing field. And when he arrives, he finds that the truth behind the kidnappings is far more complex than he imagined.

The clock is ticking. The White House is edging closer to an invasion of Somalia. Wells has a unique ability to go undercover and to make things happen, but if he can’t find the hostages soon, they’ll be dead—and the US may be in a war it never should have begun.

In a night of shattering brutality, three of Washingtons's most powerful and unscrupulous politicians have been executed with surgical precision. Their assassins, vanishing without a trace, have delivered a shocking ultimatum to the leaders of the A...

He came to England to rest. He calls himself Michael Shaeffer, says he's a retired American businessman. He goes to the races, dates a kinky aristocrat, and sleeps with dozens of weapons. Ten years ago it was different. Then, he was the Butcher's Bo...

#1 New York Times bestselling author Brad Thor delivers an action-packed thriller starring Scot Harvath who must endure the burning streets of Manhattan, where he can administer his own form of justice and finally exact his bitter revenge.July 4th w...