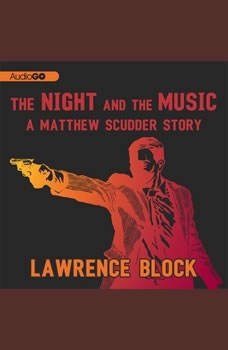 The Night and the Music: The Matthew Scudder Stories

Lawrence Block's seventeen Matthew Scudder novels have won the hearts of readers throughout the world-along with a bevy of awards including the Edgar, the Shamus, the Philip Marlowe (Germany), and the Maltese Falcon (Japan). But Scudder has starred in short fiction as well, and it's all here, from a pair of late-70's novelettes (Out the Window and A Candle for the Bag Lady) through "By the Dawn's Early Light" (Edgar) and "The Merciful Angel of Death" (Shamus), all the way to "One Last Night at Grogan's," a moving and elegiac story never before published. Some of these stories appeared in such magazines as Alfred Hitchcock, Ellery Queen, and Playboy. The title vignette, "The Night and the Music," was written for a NYC jazz festival program; another, "Mick Ballou Looks at the Blank Screen," has appeared only as the text of a limited-edition broadside. Several stories look back from the time of their writing, with Scudder recounting events from his former life as a cop, first as a patrolman partnered with the legendary Vince Mahaffey, then as an NYPD detective leading a double life. Along with these eleven stories and novelettes, The Night and the Music includes a list of the seventeen novels in chronological order, and an author's note detailing the origin and bibliographical details of each of the stories. Brian Koppelman, the prominent screenwriter and director (Solitary Man, Ocean's Thirteen, Rounders) and a major Matt Scudder fan, has sweetened the pot with an introduction.

The Night and the Music: The Matthe...
The Matthew Scudder Series #1