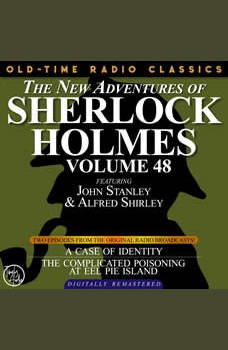 THE NEW ADVENTURES OF SHERLOCK HOLMES, VOLUME 48; EPISODE 1: THE CASE OF IDENTITY??EPISODE 2: THE CASE OF THE COMPLICATED POISONING AT EEL PIE ISLAND