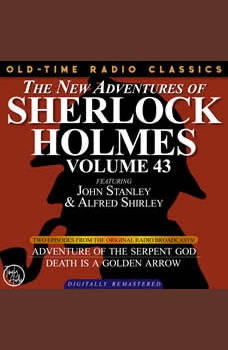 THE NEW ADVENTURES OF SHERLOCK HOLMES, VOLUME 43; EPISODE 1: THE ADVENTURE OF THE SERPENT GOD??EPISODE 2:DEATH IS A GOLDEN ARROW