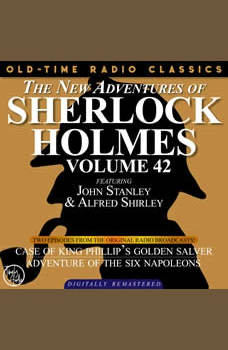 THE NEW ADVENTURES OF SHERLOCK HOLMES, VOLUME 42; EPISODE 1: THE CASE OF KING PHILLIP’S GOLDEN SALVER??EPISODE 2: THE ADVENTURE OF THE SIX NAPOLEONS