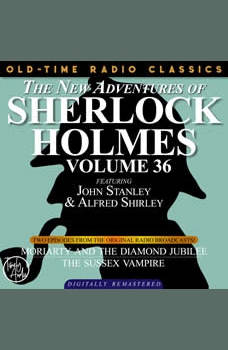 THE NEW ADVENTURES OF SHERLOCK HOLMES, VOLUME 36; EPISODE 1: MORIARTY AND THE DIAMOND JUBILIEE??EPISODE 2: THE SUSSEX VAMPIRE