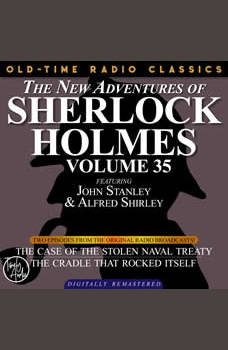 THE NEW ADVENTURES OF SHERLOCK HOLMES, VOLUME 35; EPISODE 1: THE CASE OF THE STOLEN NAVAL TREATY??EPISODE 2: THE CRADLE THAT ROCKED ITSELF