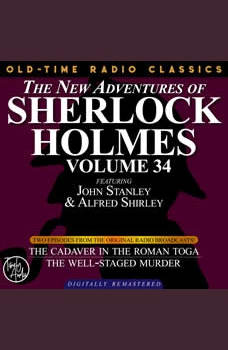 THE NEW ADVENTURES OF SHERLOCK HOLMES, VOLUME 34; EPISODE 1: THE CADAVER IN THE ROMAN TOGA??EPISODE 2: THE WELL-STAGED MURDER